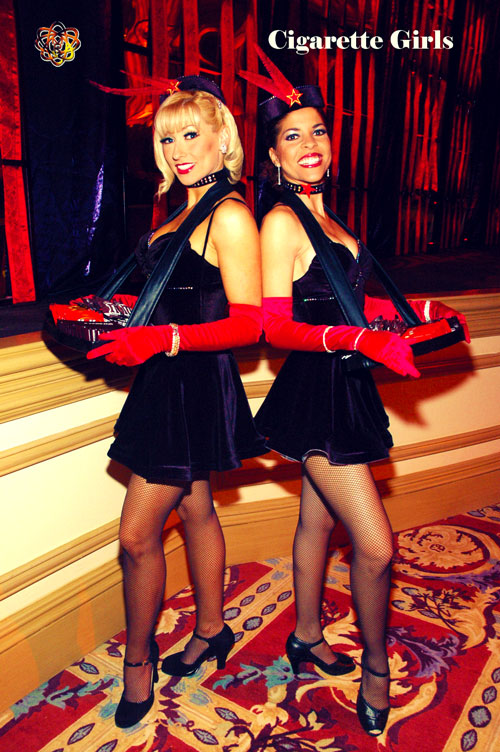 The modern image of cigarette girl developed in the 1920s with the urbanization of America. Cigarette girls were a common sight in restaurants, clubs, bars, speakeasies, supper clubs and casinos during the 1930s and 1940s in the United States. Cigarettes girls were frequently shown in Hollywood films and soon became well-established among the general public.