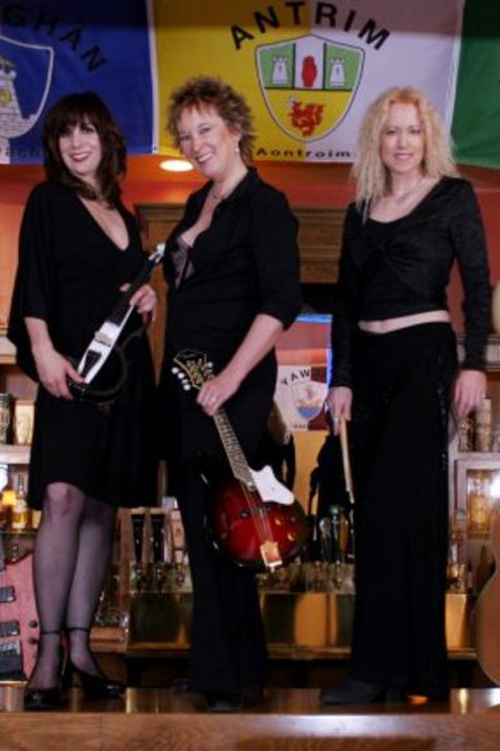 KA is an all-female Celtic-influenced band based in Las Vegas, Nevada. Since its start in 2001 the band has recorded two CDs and won national radio honors with King World and Oink Inc., which recognized the band’s own interpretation of the Jeopardy! theme song. The band appears on the soundtrack of the video game Grand Theft Auto IV; their song “The Celtic High Step” is played at a New York beer garden within the game. The band name comes from Killian’s Irish Red lager. Their music style includes rock, folk, country, R&B and pop, all with a Celtic accent.